(An oldie but goodie.)

Share your talents with the world. You have no idea whose day you will brighten by sharing your gifts.

Instead of worrying about money, do these things instead:

A segment on Cops I saw a few years ago highlights this point. This older brother, maybe in his fifties…he didn’t say his age because he was too busy running from the police…was having a rough night. A repeat offender, he was being chased for selling marijuana. He was caught, with three cops on top of him trying to handcuff him. Face down on the ground, the brother said, “I’m getting too old for this shit…”

As Maya Angelou said, “When you know better, you do better.”

Bottom line: life is always teaching you lessons. See your mistakes for what they are without drowning in self-pity, remorse, guilt, depression, and the always popular beat-yourself-up-constantly-for-your-the-errors-of-your-ways. Do the opposite of what you’ve been doing to create a new life.

We do have control over our thoughts, actions, and feelings. When you get into the feeling space of what you desire, now you are in the manifestation lane. You act like you have it already.

For instance, back in 1997, I interviewed for a job at an internet company. I wanted that job so much. Post-interview, as I waited to hear back from the company, I decided to “act like” I already worked there. Before I’d go to my actual job, I’d drive over to the internet company “as if” I was going to work. Once, I stopped in to say hello. That job was mine and no one was taking it from me.

I got the job.

Later, I found out that I was a “pity interview.” The group that interviewed me only brought me in because they didn’t want to cancel. The day before, they had found their perfect candidate. No one could be better than homegirl, but we’ll interview Althea anyway.

Althea knocked their socks off. They were impressed with my soap opera and pop culture knowledge, which was important to the job.

It sounds crazy, but feeling all the intimate details of your desire will indeed bring it to you. The point of power is always in the present moment (that’s a Louise Hay quote).

It’s Sunday! If you don’t already have plans, stay home and chill….When I have off days, sometimes I stay in my pajamas. When my kids come home from school, my youngest son says, “You need to change your clothes.” ::smile::

No, I don’t. Like so many of you, I have to raise children, go to work, run errands, cook, clean, wash clothes, pay bills, deal with life stuff…oh, and work hard to build a brand every single day.

No one, except James Brown and Samuel L. Jackson, gets an award for the hardest working person on the planet. It’s okay to stop, or sleep, or watch movies, or read a book. Your family needs you to rest. Let me know what a “stay at home pajama day” looks like for you.

This is mirror work, y’all. Say that mantra in the mirror. Look at yourself.

It’s so very hard to say “I love you” to yourself when you don’t believe it. Keep doing it until you believe it. It may take years. Just keep going. It’ll be worth it.

I’m turning down the distractions by not watching TV nor internet surfing while I’m eating. It’s super challenging. What distractions are you eliminating from your life? I’d love to hear them. 🙂

I strive toward a simpler, more mindful and relaxed life (with children!) and love sharing techniques with others.

Thank you for engaging with me. I'd love to read your comments. 🙂 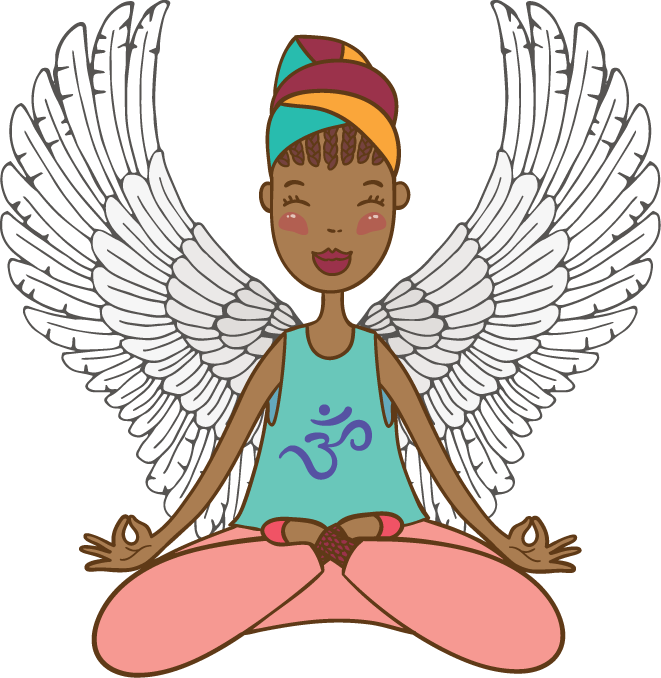 If you like my content, consider making a donation. I love writing this blog and I'd appreciate any help to keep it going! Thank you.